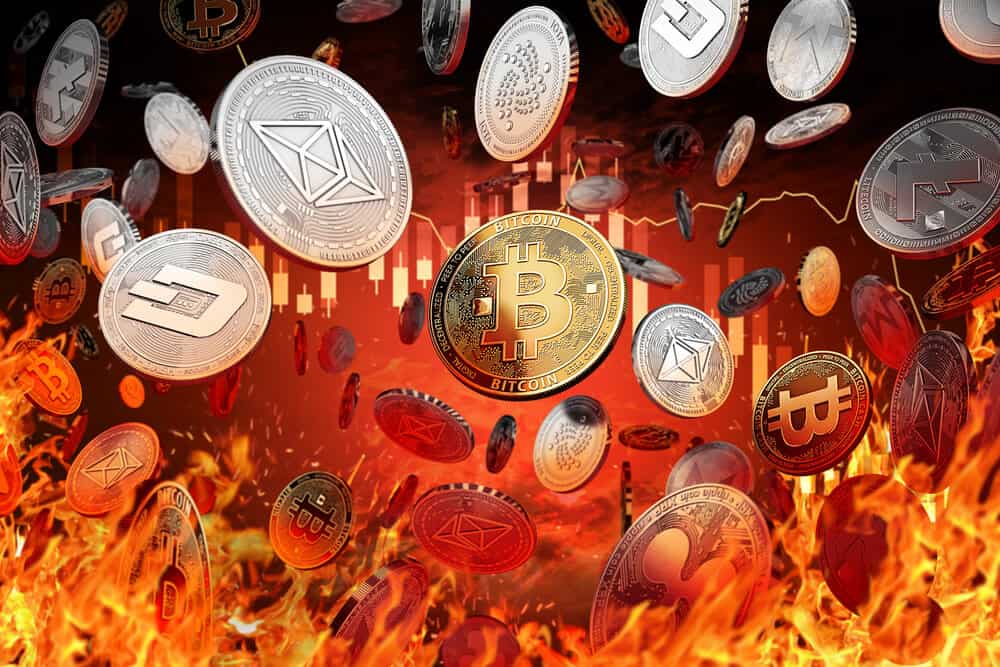 The last three months of 2017 has been labeled the golden era for Bitcoin since it was introduced to the world in 2009. Many well-profiled ICOs reached funding, while others launched to some level of success. Ethereum was performing pretty well too at that moment reaching $400 a unit. Somehow these occurrences and the scarcity of people willing to sell in a very demanding market shot up the price of the leading player in the world of digital currencies to an unprecedented $20,000 a unit in the wild.

As it happens in volatile markets, many people saw a window of opportunity to get very rich, and Bitcoin started to trade pretty fast in the following days. The outcome was something that has happened to all types of assets a thousand times over in the past: Bitcoin experienced a blistering decline of 80% in price in such a short amount of time that many people still can’t recall for how long the digital currency stayed at the top of its game. The bad news didn’t stop there.

While Bitcoin somehow managed to keep a steady price for most of 2018, with variations on the price fluctuating between $6,000 and $7,000, the last quarter has seemed to take it on the digital currency again. The experience of the past year is repeating itself with another brutal price drop of nearly 20% in the price of the asset with losses reaching historical dips under the $5,000 mark. As you probably can guess everyone is nervous and wondering what the hell is going on in the market.

On the web, four reputed analysts have offered their impressions about this behavior of the market, and we have collected them here for you to form your opinions. Take a moment to read them up:

Tom Lee was one of the first ones to call a Bitcoin top performance at the end of 2017. The man declared that we had to be ready for $25,000 price tag at the beginning of 2018. The managing partner at Fundstrat Global Advisors is not exactly hiding his head in the sand since changes in the market are always expected. While he’s remained pretty consistent by saying for most of the year that the slump in price is a temporary setback in a saturated market dealing with imposed regulations and blockchain splits, he also lowered his expectations about a new price increase by declaring that the digital assets can still be positioned at $15,000 if the market stabilizes

Tom Lee also believes that the depth of the decline on Bitcoin has gone beyond a large number of market fundamentals. The asset broke below what was perceived as the psychologically safe space for investors during most of 2018 (the $6,000 mark). Pessimism follows this, and many people abandon ship. He believes that the negative swing in perception is much worse than the fundamental implications. In the end, for Tom Lee, the occurrences of 2018 have been a negative development, but there is still light at the end of the tunnel.

The founder of Morgan Creek Digital sees Bitcoin as the ideal asset for short-term investors right now. He also states that this balanced trade was the main factor that kept the price of the currency for most of 2018 afloat. Even with this well-intended analysis, Morgan remains very pragmatic in his out view of the market. He believes the currency can still reach lower points nearly the $3,000 mark and the chances of seeing rise to the five figures mark in the near future are slim to none.

After Bitcoin dived in the latest days of November of 2018, Pompliano has admitted fielding a high volume of calls and e-mails from investors ready to get out of the game. He has continually declared to those who have been in the run for long that the world is not ending, but this doesn’t seem to please those who bought Bitcoin during the bubble of 2017.

This man is probably the most outspoken critic of Bitcoin out there. Nouriel Roubini is a professor of economics at New York University. He’s been taking shots at the digital currency since it was created in 2009, labeling Bitcoin a real scam, an artificial bubble and every epithet that is allowed to be printed by the press. With the price of Bitcoin spiraling its way down to new lows, the man is being proven right. The professor in partially critical of the “holders,” those who hold on their digital assets no matter the circumstances labeling them the “buyers of the dip.”

His latest claims in social media are also focused on attacking the alternative uses being offered to blockchain technology by many entrepreneurs building business solutions around it. Roubini says that blockchain is the new refuge of scammers since the main selling points such as scalability and decentralization are not fictional at all. This last tidbit seems to be the one hitting the minds of the collective since it has been a longstanding roadblock for Bitcoin and all cryptocurrencies: the ineffectiveness of many trading platforms.

As the former Head Economist at the International Monetary Fund and a reputed Harvard professor on economics, Kenneth Rogoff has declared in all forms of media that Bitcoin is the worst form of smoke and mirrors ever conceived by man and he still wonders how the currency is not worth $100 these days. This man laughs at the notion that the digital asset was once primed by market analysts to reach a unit price of $100,000 and he hasn’t changed his perception for most of the year.

For Rogoff, the problems of Bitcoin come from the lack of tolerance to regulated entities and the fact that 98% of the deals handled in the blockchain remain anonymous. Like his peer Nouriel Roubini, Rogoff sees the shortcomings of Bitcoin as the ones killing it slowly: slow transaction times and high costs as well as inflated commissions by trading houses that take away any form of functionality in the currency. This is the man who compares buying Bitcoin to something as random a buying a lottery ticket.

No matter what you believe, or think is going to happen, it must be said that the markets aren’t looking good for cryptocurrency as a whole lately (at the end of 2018). With Bitcoin seeming to dictate the trends of all other cryptocurrencies, it looks as if the whole industry is propped up by Bitcoin and will depend on its ultimate success or failure. One can only speculate on what is going to happen in the future for cryptocurrency, and while the outlook looks grim, there is still hope for blockchain technology as a whole. Cryptocurrency may crash, but it won’t just die out.